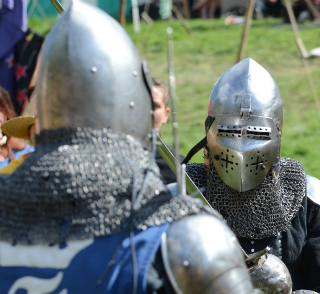 One of the most popular blog posts on our website is “Everyone Community Has One.”  Sadly some communities have more than one.  I received a call from one of my favorite board presidents regarding neighbors who live next door to one another who are always “at” one another.  One owns dogs and the other cats.  You guessed it, that is exactly how they behave.  Now apparently they are suing each other claiming a situation that is truly non existent.  One wishes to get the association involved in “protecting” him against his neighbor.  Obviously, the association does not have the right to get involved in others personal actions.  However, in this case, the neighbors are disrupting the quality of life of the balance of the residents.  What to do?  As we know, in cases such as these, the only winners are the attorney’s.
CPS suggested that the association send a letter allowing the neighbors to know that the Board has no intent to supply support for either one.  The Board will emphasize the fact that they will back the rules stated in their documents and nothing else.  However, since the two have disrupted the peace and harmony of the community they have opened themselves to a suit from the community.   Of course this may be folly but could jolt the fact of the situation of the participants and have them begin to act like adults.  To be continued. . .
Back to top

Keep up to date by following us on these popular social networks.